The Potential Of Play To Earn Games In The Consumer Market

The Potential Of Play To Earn Games In The Consumer Market 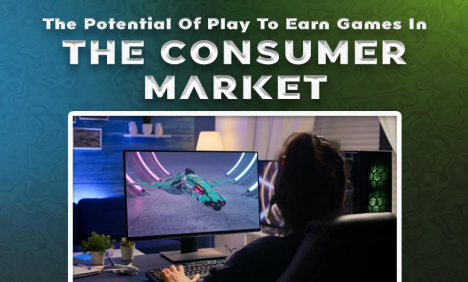 The rise of GameFi and play-to-earn gaming has been tremendous in recent months, but that growth is nothing compared to what’s to come. Play-to-earn crypto gaming and its associated economies will not only dominate the Metaverse but will also have a major impact on our physical world. Consumers will no longer be mere moneybags for evil corporations but will become participants in a larger ecosystem full of opportunities.

The potential of play-to-earn gaming

In the third quarter of 2021, gaming was the driving force behind the 25 percent quarter-over-quarter growth of the blockchain market. The blockchain gaming sector averaged over 754,000 active wallets per day this quarter. Hyper League on Binance Smart Chain, Axie Infinity on the Ronin sidechain, and Alien Worlds on the Wax blockchain are among the most known titles.

The Steam gaming platform, for example, has around 20 million active users at any given point in the day. This is exceptionally very low compared to the traditional gaming market. Nonetheless, gaming activity on the blockchain increased by 140%. This means that getting into

the play-to-earn space will secure you a place as an early participant in this uprise. Basically, there isn’t one particular blockchain that dominates the scene. The top games are all running on different blockchain networks, making the potential for monetization greater than ever.

The play-to-earn gaming industry is preparing for tremendous success. Soon, it won’t matter which blockchain a project is launched, as the economy will always be decentralized across multiple networks. Moreover, transactions will become smoother, faster, and cheaper, so users will have a better experience and may not even realize that their game is running on a blockchain. Just pick a game you enjoy, be innovative, and find your niche as a play-to-earn player in this booming market.

How is P2E being acknowledged by the gaming community? 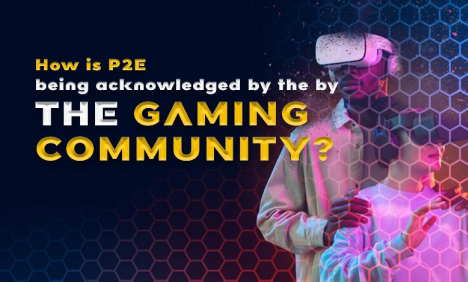 Although crypto enthusiasts are excited that the video game community is exploring blockchain technology, some gamers have expressed reservations about crypto entering their world.

After Ubisoft’s NFT news broke, gamers voiced their discontent on Twitter and other platforms, hypothesizing that it could lead to lower-quality games. Cultured Vultures, a gaming media company, put it this way: “It is merely a tacit endorsement for the rest of the industry to accept this full-time crypto nonsense if we fail to act.”

Players may feel that P2E is a continuation of microtransaction-style game development or has too many barriers to entry. Even though many play-to-earn games are built on popular

blockchains (like Ethereum and Polygon), it is not always easy to convert them into more liquid assets. Selling NFTs can take time, while in-game coin values can fluctuate quickly.

On the other hand, announcements like Ubisoft are like a holy grail for crypto-savvy gamers. Some players who are more supportive of P2E have cited similarities of the system to existing gaming concepts. For example, the popular Diablo III featured a player-only auction house that could be used to earn real money. At the same time, many other games had unofficial or illegal ways to sell loot with real revenue.

There are several ways in which P2E technology can legitimize gaming as a form of income for fans, such as selling loot that they have worked hard to earn in the game. It is one of the convenient ways to make money from gaming. This is particularly true when compared to the challenging process of becoming a professional competitive gamer or streamer.

Regardless of how you feel about P2E, it will greatly impact gaming and cryptocurrency in general. The next generation of gaming will likely incorporate NFTs and cryptocurrencies at some level – the question is when and how not if.

A report by Accenture earlier this year found that the global video game industry is worth more than $300 billion. That comes from consumer payments for subscriptions, microtransactions, game packages, and downloadable content. However, according to the End User License Agreement (EULA), players typically rent the content until the company pulls the plug. There are no ownership rights. No common direction for growth. Just a company is making money.

On the other hand, the spectrum of business models is the “play to earn Crypto game. Here, 2.4 million players in developing countries participate in a gaming economy that creates more than $9.2 billion in value. That’s a single game. In traditional games, 2.4 million copies of a game sold is a small success at best. But if players can create a vibrant economy through participation, even 200,000 active players can have a huge impact. And not just into the pockets of CEOs and investment companies, but by creating value for everyone involved in every aspect of the game’s ecosystem.

Play-to-Earn is not only changing the lives of people in developing countries but also revolutionizing the way developers think about their economies. Play-to-Earn breaks the third wall of the computer screen and directly impacts the player’s personal level and their relationship with the developer.